All the aspirants looking for the Best Defence Coaching are informed that Soldiers Academy is the best Coaching Center for Army GD and Army Clerk in Lucknow.

Due to Covid-19 all the recruitment for the Indian Army still pending all the Army Rally Bharti will resume very soon. All the aspirants are suggested to follow the page and check regular updates regarding Indian Defence Servces.

To determine the Physical Fitness, the following tests carrying 100 marks are held:-

Marking system is as follows:

These are qualifying test and no marks are awarded

Eligible candidates will be required to appear for a written test. Common Entrance Examination (CEE) is conducted on 4th Sunday of each month for recruitment of Soldiers. It comprises of questions on general knowledge, mathematical aptitude, and computer awareness. There are 2 papers. For Soldier (GD) recruitment, only paper 1 needs to be written. This would be a 1 hour paper of 100 marks, where 32 would be the pass marks. 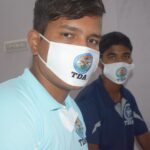